Trade with $30 a Week Habit 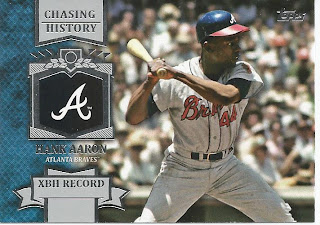 I've been bad about writing up trade posts.  With Series 2 I'm going to try to stay up to date.  I saw the above card posted on on the great blog $30 a week habit and of course threw it out there that I would be interested in trading for it.  Robert obliged.  Here's what else he sent. 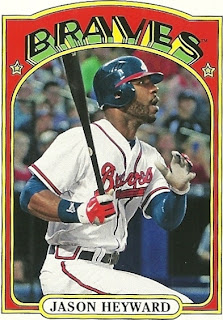 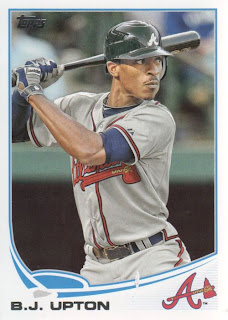 And last, but not least, a surprise!

I had to look this one up because I'm not familiar with the set.  I was in highschool when Andruw made is debut and was a pretty big fan.  It was really disappointing to see his career taper off.  And then of course there was this.  At any rate, this is actually my very first Braves relic card.  I'll ignore that he's listed with the Dodgers.  Thanks for the trade Robert!!

In other news, I've made some significant updates to my wantlist.  I've added a few vintage (for me) sets that I would like to finish up and a few others from my past collecting days.  Please check it out!

Life caught up with me and I had to take a hiatus from the blog.  One blown head gasket and one brand new car later, I'm back!!  I'm pretty particular about car shopping so the process was long and drawn out.  I'm happy with the result, hopefully I won't have to do it again for a long long time.

I wasn't too interested in the releases between Series 1 & 2 but now that the second Series is out I should be back into the swing of things.  I bought a hanger box of the stuff at Walmart.  There wasn't anything spectacular but here are the highlights: 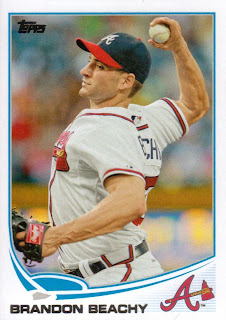 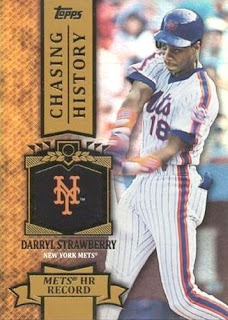 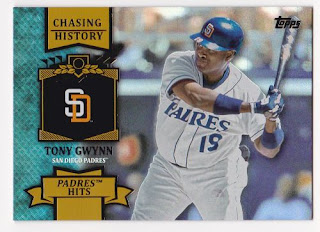 I also got the usual blue parallels and a stack of base cards.  I will be stalking wantlists to unload everything.  My wantlist has been updated to reflect Series 2 needs!

bwvjones
I'm a just a child of the 90s getting back into card collecting. As such, I am easily swayed into chasing Braves team sets and their endless parallels.